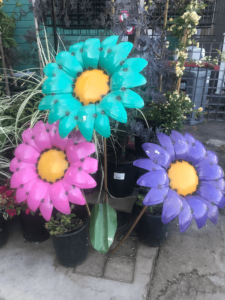 We live in a different society now in so far as gender is concerned. We no longer have a simple straight vs gay society. Now we have massive transgenderism, nonbinary people, different use of pronouns, and people changing their names to be one letter defying a gender identification. Not only does this gender shift challenge us to understand it and why, but in our work in divorce challenges exist in filing, mediating, and making decisions for the future.

The journey of the spouse who is undergoing some type of gender identity or change is solitary on some levels, with a community component to it. The solitary part is about their body changing if transgenderism is the journey; or intimately connecting with someone of the same sex if gender preference and homosexuality is the journey. The spouse undergoing any change in their lives with regard to gender choice, gender identity, or gender expression is transforming their lives as individuals.

But people live in communities: Families, friends, co-workers, church affiliations, and political parties. When any type of gender change is the cause of a divorce, the spouse going through the gender identity change must realize that those close to them as family are undergoing a change, too. The other spouse can divorce the gender changed person, but if there are minor children, co-parenting still has to take place. Meaning, the two parents have to communicate with each other to make decisions for their children. And that means that both parents have to come to a point of acceptance, tolerance, and understanding that each of them are affected by the change in gender expression.

If there is co-parenting, there are children. The children have the unenviable task of adjusting to two parents in two households with two different parenting styles, and perhaps with parental alienation issues – and that’s without the added gender issues. But when there are gender issues, the children have to adjust to that parent’s gender changes in so far as it may affect calling them by their former names, or former parental role (mother vs father). What does a child call a father who now expresses themselves as a woman? What pronoun would a child use for a transgendered parent? And how does this change in gender affect the child’s sense of origin? This isn’t an often-discussed topic because people rush to comfort the person changing genders, with no discussion given to the family members that have their own relationship changes to address.

Mostly, understanding that everyone is part of a family, if married, and the family is going through their change in a divorce, and then in a divorce due to a change in gender preference the ability to communicate feelings, concerns, and fears has to take place so that the complexities of gender identity can be simplified to basic human feelings, connection and acceptance.