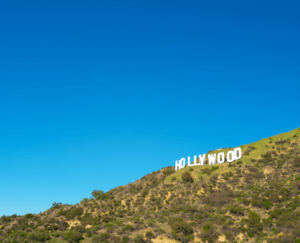 On THE Amicable Divorce Expert podcast with Judith M. Weigle, the podcast devoted to amicable divorces, we speak with @LawyerLimor, Limor Mojdehiazad, Esq. about the current celebrity divorces and family law cases in the news: Johnny Depp & Amber Heard, Billy Ray Cyrus, Tom & Katie and Lala & Randall from Vanderpump Rules reality show on Bravo. The topics in these cases span from domestic violence and restraining orders, to prenuptial agreements, intellectual property rights, dismissing divorce cases, the significance of the date of separation, dividing a family business, spousal support in a high net worth marriage, paternity cases, and using social media to your disadvantage in a court filing.

We learn so much from celebrity divorces – sorry, celebs – because at the end of the day, their marriage and divorce issues are the same as ours, but with a few more zeroes in their bank accounts and more social media followers. To have your divorce splashed across the TV screens and your Internet home pages is nothing any of us want, yet it comes with the territory of being a celebrity. I wish them all the best and hope that a ray of amicability can shine on all of them.

Lawyer Limor is the legal voice of celebrity divorces in Hollywood and is a Tik Tok sensation with her observations and daily updates on all celebrity divorces in the news. Limor knows her stuff and has dealt with all aspects of divorce in her 10-year practice. Plus, she has a great sense of humor, mixed with candor, that makes her take on high profile divorce enlightening and fun.

Here are Limor’s legal explanations with our featured Hollywood divorces:

a. Domestic violence can be emotional, financial or physical. First, a Temporary Restraining Order (TRO) is requested without evidence being required.  A TRO only needs a verbal request and a story supporting the request. Second, a Permanent Retraining order is requested and this is when hard evidence is needed: Photographs, recordings, police reports, witnesses. A Permanent Restraining Order is for five (5) years, but can be extended under certain circumstances.

b. Pre-Nuptial Agreements must be written so that they hold up in court if challenged. Both parties need legal representation. The prenuptial agreement must be stated that both parties are free of duress when signing. Videotaping the signing of the agreement is imperative especially when there is a lot of wealth involved, or in the case of English being the second language of one party. Johnny Depp did not have a prenup with Amber Heard, but since the marriage was so short, the division of assets and the length of time for spousal support/alimony, at least in the state of California, is not as damaging as it could have been if they stayed married longer than one year.

a. Multiple Divorce Filings and Case Dismissals marked their 28 year marriage; third time is a charm. It appears this one is the one. When a divorce case is filed, it can be dismissed if the parties change their mind. But it has to be dismissed by filing a Dismissal form.  It won’t go away on its own, typically. One or both parties have to sign it, depending on how the case was filed.

b. Billy Ray and Tish engaged in therapy after the first two case dismissals, thereby setting them up for an amicable divorce. They processed the Emotional Divorce before filing for the Legal Divorce. This is the best way to have an amicable divorce so that you’re clear and calm when making legal decisions.

c. Intellectual Property (IP) in the case of singer/songwriter Billy Ray Cyrus is abundant. But there are more owners of the songs and recordings that Billy Ray created, to include co-writers, publishers, producers, and the record company. Unwinding Intellectual Property will take a forensic accountant who is well-versed in music IP. This can’t be done by the lawyer. This takes special licensing to be able to do it correctly.

a. Creation of Community Property is an aspect of this divorce because Tom took out a loan against their house in order to invest in a business that Katie wasn’t part of. That will need to be unraveled. Other than this co-mingling of assets, they weren’t married long enough – almost three years –  to create a lot of community property.

b. Anyone who watches Vanderpump Rules on Bravo knows that Katie and Tom had a tumultuous relationship while dating, which continued through the marriage. In an interesting twist, the decision to divorce brought with it a commitment to make this process amicable. Quite often people stay together longer unmarried than married. I’ve witnessed many couples who just do better unmarried, and when they marry it doesn’t work out.

a. Another Vanderpump Rules couple, Lala and Randall were going to get married after the birth of their child, but the wedding was called off due to an undefined scandal that Lala refers to with Randall. When people have children and they’re unmarried, they file Paternity cases with the court to establish parental relationship with the child and establish parental rights. What we learned from Limor in our Super Bowl Rappers’ divorce episode in regard to 50 Cent is that it is in the father’s best interest to file a Paternity case because without establishing parental relationship the father can be giving up parental rights in where the child lives, level of custody, and ability to see the child.

b. Paternity cases are not public filings. Unlike divorces, which are public filings, paternity cases cannot be read by the general public to protect the anonymity of the parents and child. But Lala is a principal character on the television show Vanderpump Rules, and she has a podcast. Lala is a very vocal person. She has discussed her relationship with Randall in both venues. The question becomes whether Lala is exposing herself and breaching confidentiality about Randall in public forum if they file a Paternity case.  This is when social media exposure could be a negative influence on the case when it goes to court. Be very careful about using social media to discuss your divorce case or a paternity case because it could be the thing that disadvantages the person using social media.

Limor is a graduate of Southwestern Law school and started practicing family law in 2013. Limor’s office is in Beverly Hills and is perfectly situated to serve both the high net worth couples in Hollywood and Los Angeles, or those needing high end representation that comes from a personal and professional philosophy of honesty, integrity, kindness, and ethics. Mojdehiazad can work as a solo practitioner, or create a team to meet the needs of her clients.