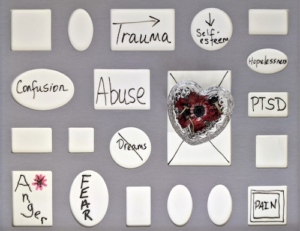 If you were a child of divorce and experienced parental alienation, this is a trauma that will take some undoing.

If you are a parent and are supporting parental alienation, you are engaging in child abuse.

There is a worse-case scenario, and that is that both parents engage in parental alienation, thereby providing no respite for their child, no cover with either parent, and can cause the child to have serious relationship issues of their own when they reach adulthood.

The child, when an adult, can experience great remorse that they allowed themselves to be influenced by the parent who engaged in parental alienation. The child can lose self-respect for him or herself. They can feel guilt, anxiety and depression that they destroyed their relationship with the other parent. They can have trust issues with the parent who alienated the other parent, and trust issues in future relationships. This can also affect the child’s parenting skills later in life.

In an article by Ken Lewis, Director, Child Custody Evaluation Services of Philadelphia, Inc., he lists 10 Descriptors of Parental Alienation:

1. The child expresses a relentless hatred for the targeted parent.

2. The child’s language parrots the language of the alienating parent.

4. Many of the child’s beliefs are enmeshed with the alienating parent.

5. Many of the child’s beliefs are delusional and frequently irrational.

6. The child’s reasons are not from direct experiences but from what has been told to him or her by others.

7. The child has no ambivalence   in his or her feelings; they are all hatred with no ability to see the good.

8. The child has no capacity to feel guilty about his or her behavior toward the targeted parent.

9. The child and the alienating parent are in lockstep to denigrate the targeted parent.

10. The child can appear like a normal healthy child. But when asked about the targeted parent, it triggers his or her hatred.

It’s understandable that if parents are going through a very emotional and difficult divorce, that they can show disfavor toward the other parent. This might be one of the most challenging parts of divorce, to focus on the best interests of the child, mask emotions towards the other parent, and insure that the children maintain and grow a healthy relationship with each parent. Perhaps if parents understood that their children want to love both of them, don’t want to feel like they have to protect one parent who displays as emotionally fragile in the divorce, and don’t want to be included in the acrimony of the divorce, parents might be able to consider it the most important work that they could do as a parent, and that is to protect their children from themselves. Protect their children from the reasons why the divorce is taking place, and provide to their children what their children deserve, a childhood that allows the child to be a kid without the entanglements of their parents’ marital issues.