How to Spot and Divorce a Narcissist w/Victoria McCooey, Narcissist Divorce Coach 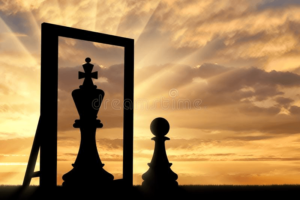 Victoria McCooey, Narcissist Divorce Coach and Creator of the Reclaim Your Power System™ joined us to help identify the behavior of a narcissist, how women are influenced by narcissists, the types of women who are attracted to narcissists, and how women can divorce a narcissist. It’s not easy, but the victims of a narcissistic relationship can reclaim their power and control and leave the relationship better than when they entered it.

Spotting a narcissist is easy when you understand the narcissistic personality:

Narcissists move the goal post so that plans can never be counted on, keeping their targets off-balance, allowing the narcissist to remain in control of the relationship. Victoria explained, “We’re wired to believe people. When things happen that create feelings of distrust, we’re made to feel wrong and crazy by the narcissist.” Once people wake up to the probability that they are in relationship with a narcissist, the way out is by changing communication, and setting the goal post so that it doesn’t move. Saying “No” in a way that supports what you want to do and don’t want to do, being firm about the “No”, and limiting the number of responses to the narcissist’s requests if “No” isn’t accepted.

Love bomb, devalue, and discard. These are three steps that almost always take place before the narcissist will “hoover” their partners back in.  Victoria stated that “someone can be sucked in an average of 7 times before they have the courage to leave. Just like a Hoover vacuum cleaner sucks in dirt, the victims of narcissists suck the life out of their victims in order to control them.”

Over-achievers, intelligent, independent women are embarrassed that they’ve become sucked in by a narcissist, thinking they should have been smarter than to let this relationship happen. It doesn’t matter how smart you are or how much money you’ve earned, narcissists attack you in ways that are unexpected and that no defense has been established. It takes a while to identify a narcissist, understand them, and eventually to leave them. Sometimes there has to be a physically violent episode that is the trigger to leave. But watch out for “the hoover”, the mechanism by which the narcissist will try to suck in their victims

With the tools that Victoria will provide as a Narcissist Divorce Coach, the “hoover” in your life can be returned with money back: Your freedom.

Victoria McCooey is a Narcissist Divorce Coach, Motivational Speaker, and Creator of The Reclaim Your Power System™. She works with those trapped in a toxic, controlling or otherwise abusive marriage to help them stand up to their abuser and regain control of their lives. Having been in an abusive marriage to a narcissistic spouse herself, Victoria is passionate about helping others make the same remarkable transformation that she did. Her articles have been featured in notable publications and websites, and she’s appeared on numerous shows and podcasts. Through her writing, speaking, private and group coaching programs, social media following, and her YouTube channel, Victoria has helped thousands acquire the skills, mindset shifts and courage necessary to stand up to an abusive partner and to create a joyful new life for themselves and their children. You can learn more about Victoria and her coaching programs at victoriamccooey.com.